Misconception: Most people who have metabolic and bariatric surgery regain their weight.

Up to 50 percent of patients can regain a small amount of weight (about 5 percent) two years or more after surgery. However, longitudinal studies find that the majority of bariatric surgery patients maintain successful long-term weight loss. "Successful" weight loss is arbitrarily defined as a weight loss equal to or greater than 50 percent of excess body weight. Successful results are often determined by the patient, based on their perception of improved quality of life. In such cases, the total retained weight loss may be greater or less than this arbitrary definition. This massive and sustained weight reduction with surgery is in stark contrast to the experience that most patients have previously had with non-surgical therapies.

As your body size increases, longevity decreases. People with severe obesity have a number of life-threatening conditions that greatly increase their risk of dying, such as type 2 diabetes, hypertension, and more. Data involving nearly 60,000 bariatric patients from the ASMBS Bariatric Centers of Excellence database shows that the risk of death within 30 days of bariatric surgery averages 0.13 percent, or about one in 1,000 patients. This rate is considerably lower than most other operations, including gallbladder and hip replacement surgery. Therefore, despite the poor health of bariatric patients before surgery, the possibility of dying from the operation is exceptionally low. Large studies find that the risk of death from any cause is considerably lower for bariatric patients over time than for severely obese people who have never had surgery. In fact, the data shows a reduction in mortality of up to 89 percent, as well as a very significant decrease in mortality rates due to specific diseases. Cancer mortality, for example, is reduced by 60 percent for bariatric patients. Death associated with diabetes is reduced by more than 90 percent and that of heart disease by more than 50 percent. Additionally, there are numerous studies that have found an improvement or resolution of life-threatening obesity-related diseases after bariatric surgery. The benefits of bariatric surgery, with respect to mortality, far outweigh the risks. It is important to note that, as with any serious surgical operation, the decision to undergo bariatric surgery should be discussed with your surgeon, family, and loved ones.

Misconception: surgery is an "excuse". To lose and maintain weight, people with severe obesity only need to follow a diet and exercise program.

People affected by severe obesity are resistant to long-term weight loss through diet and exercise. The National Institutes of Health Expert Panel recognizes that 'long-term' weight loss, or in other words, the ability to 'maintain' weight loss, is nearly impossible for people affected by severe obesity by any means other than metabolic and bariatric. surgery. Bariatric surgeries are effective in maintaining long-term weight loss, in part, because these procedures compensate for certain conditions caused by diet that are responsible for rapid and efficient weight regain after dieting. When a person loses weight, energy expenditure (the number of calories the body burns) is reduced. With diet, energy expenditure at rest and with activity is reduced to a greater extent than can be explained by changes in body size or composition (amount of lean and fat tissue). At the same time, appetite regulation is altered by following a diet that increases hunger and the desire to eat. Therefore, there are significant biological differences between someone who has lost weight on diet and someone who is the same size and body composition as a person who has never lost weight. For example, the body of a person who reduces his weight from 200 to 170 pounds burns fewer calories than the body of someone who weighs 170 pounds and has never been on a diet. This means that, to maintain weight loss, the dieter will have to eat fewer calories than someone who naturally weighs the same. Unlike diet, weight loss after bariatric surgery does not reduce energy expenditure or the number of calories burned by the body to levels higher than predicted by changes in weight and body composition. In fact, some studies even find that certain operations can even increase energy expenditure. In addition, some bariatric procedures, unlike diet, also cause biological changes that help reduce energy intake (food, beverages). A decrease in energy intake with surgery results, in part, from anatomical changes in the stomach or intestine that restrict food intake or cause malabsorption of nutrients. Additionally, bariatric surgery increases the production of certain gut hormones that interact with the brain to reduce hunger, decrease appetite, and increase satiety (feeling full). In this way, bariatric and metabolic surgery, unlike diets, produces long-term weight loss.

In reality, only a small percentage of bariatric patients report alcohol problems after surgery. Most (but not all) who abuse alcohol after surgery had alcohol abuse problems at some time before surgery. Sensitivity to alcohol, (especially if alcohol is consumed during the rapid weight loss period), increases after bariatric surgery, so that the effects of alcohol are felt with fewer drinks than before surgery. Studies also find with certain bariatric procedures (such as gastric bypass or sleeve gastrectomy) that drinking an alcoholic beverage raises blood alcohol levels considerably higher than before surgery or compared to people's alcohol levels. who have not had a bariatric procedure. . For all these reasons, bariatric patients are advised to take certain precautions with regard to alcohol:

- Avoid alcoholic beverages during rapid weight loss period
- Be aware that even small amounts of alcohol can cause intoxication.
- Avoid driving or operating heavy machinery after drinking alcohol.
- Seek help if drinking becomes a problem
If you think alcohol use may be a problem for you after surgery, please contact your primary care physician or bariatric surgeon and discuss this further. They will be able to help you identify the resources available to address any alcohol-related problem.

Severely obese individuals seeking metabolic and bariatric surgery are more likely to suffer from depression or anxiety and have lower self-esteem and overall quality of life than someone of normal weight. Bariatric surgery produces a very significant improvement in the psychosocial well-being of the majority of patients. However, a few patients with undiagnosed pre-existing psychological disorders and others with overwhelming stressors remain who commit suicide after bariatric surgery. Two large studies have found a small but significant increase in the occurrence of suicides after bariatric surgery. For this reason, comprehensive bariatric programs require psychological evaluations before surgery, and many have behavioral therapists available for patient consultation after surgery.

Bariatric operations can lead to vitamin and mineral deficiencies by reducing nutrient intake or by causing reduced absorption from the intestine. Bariatric operations vary in the degree of malabsorption they can cause and vary in which nutrients can be affected. More malabsorptive bariatric procedures also increase the risk of protein deficiency. Micronutrient (vitamin and mineral) and protein deficiencies can negatively affect health, leading to fatigue, anemia, bone and muscle loss, impaired night vision, lowered immunity, loss of proper nerve function, and even cognitive defects. Fortunately, nutrient deficiencies after surgery can be avoided with a proper diet and the use of dietary supplements, that is, vitamins, minerals, and in some cases, protein supplements. The ASMBS Nutrition Expert Committee has established nutrient guidelines for different types of bariatric surgery procedures and they have been published in the journal Surgery for Obesity and Other Related Disorders. Before and after surgery, patients are informed of their dietary and supplement needs and are followed by a nutritionist with experience in bariatric medicine. Most bariatric programs also require patients to monitor their vitamins and minerals on a regular basis after surgery. Nutrient deficiencies and any associated health problems can be prevented with patient monitoring and patient compliance with dietary and supplement recommendations (vitamins and minerals). Health problems due to deficiencies generally occur in patients who do not follow up regularly with their surgeon to establish healthy nutrient levels.

Misconception: obesity is just an addiction, similar to alcoholism or drug dependence.

Although there is a very small percentage of people affected by obesity who have eating disorders, such as binge eating syndrome, which can result in excess food intake (calories), for the vast majority of people affected by obesity, obesity is a complex disease caused by many factors. When treating addictions, such as alcohol and drugs, one of the first steps is to abstain from drugs or alcohol. This approach does not work with obesity, as we need to eat to live. Also, there may be other problems that affect a person's weight, such as psychological problems. Weight gain generally occurs when there is an energy imbalance or, in other words, the amount of food (energy) consumed is greater than the amount of calories burned (energy expended) by the body in the performance of biological functions, daily activities and exercise. . Energy imbalance can be caused by overeating or not getting enough physical activity and exercise. However, there are other conditions that affect energy balance and / or fat metabolism that do not involve overeating or sedentary behavior, including:

Obesity also "begets" obesity, which is one of the reasons the disease is considered "progressive." Weight gain causes a series of hormonal, metabolic, and molecular changes in the body that increase the risk of increased fat accumulation and obesity. Such changes associated with obesity reduce fat utilization, increase the conversion of sugar to fat, and improve the body's ability to store fat by increasing the size and number of fat cells and reducing fat breakdown. Such defects in fat metabolism mean that more of the calories consumed are stored as fat. To make matters worse, obesity affects certain appetite and hunger regulators in a way that can cause an increase in the amount of food eaten at any one meal and the desire to eat more frequently. There are many causes of obesity, and the disease of obesity is much more than just an "addiction" to food. Treating obesity solely as addiction may be beneficial for a very small percentage of people whose only underlying cause of obesity is binge eating and addiction, but it is unlikely to benefit crowds, particularly those affected by obesity serious. 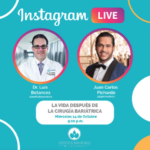 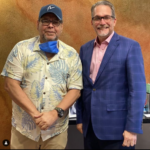 First Impact: The Mayimbe decides to make a life change 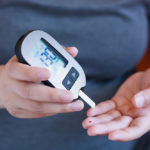 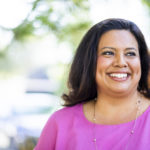 Am I a candidate for Bariatric Surgery? 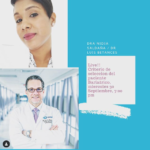