In this operation, to the restriction of the amount of food that can be eaten, an important malabsorption component is added to achieve greater weight losses. It comprises ∼40% of metabolic operations currently being performed and is the most common procedure in Latin America, including South America. In this procedure, a ∼15 to 30 mL proximal gastric pouch is created, separate from the distal Stomach. These anatomical changes lead to alterations in the signaling between luminal factors and the intestinal mucosa, thus generating neurohumoral effects that further lead to alterations in hunger, satiety, energy balance, modest malabsorption and weight loss. (1). 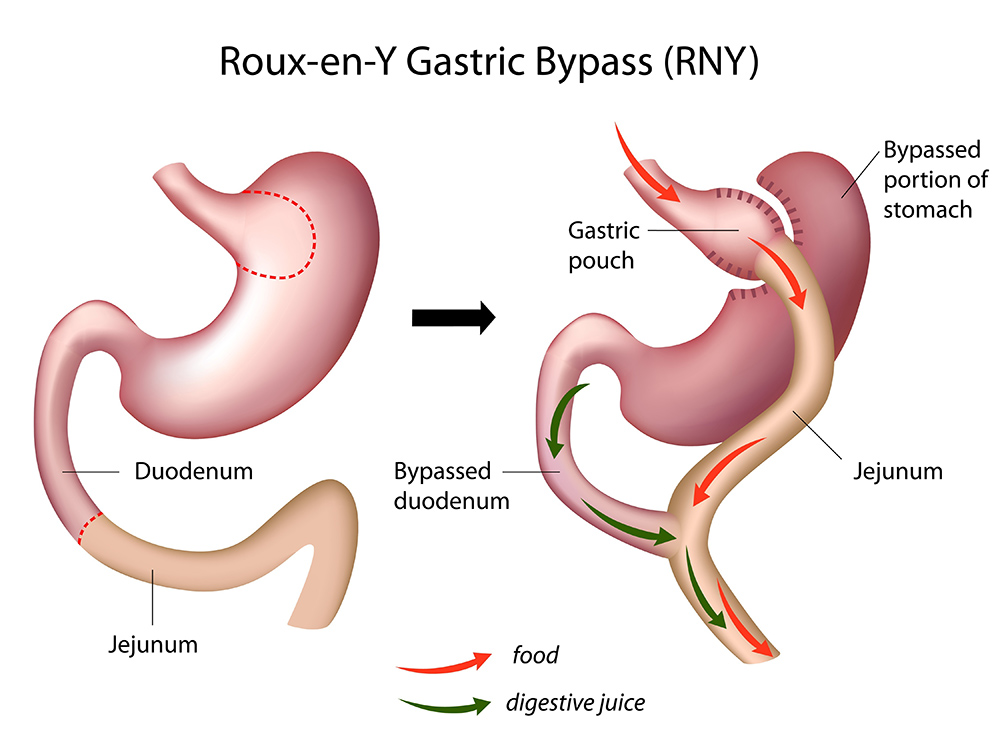 Restrict the amount of food that can be consumed.

It can lead to conditions that increase energy expenditure.

It produces favorable changes in intestinal hormones that reduce appetite and increase satiety.