The Gastric Sleeve (SG) is a procedure in which a resection of approximately 60-80% of the stomach is performed in its most distensible part, leaving a thin gastric tube. In addition, by removing the stomach, an appetite-stimulating hormone called Ghrelin is significantly decreased, thus reducing the desire to eat that characterizes obese patients. This procedure induces an approximate loss of 70% of excess weight.

This procedure works by several mechanisms. First, the new stomach pouch has a considerably smaller volume than the normal stomach and helps to significantly reduce the amount of food (and therefore calories) that can be consumed. However, the biggest impact appears to be the effect that surgery has on gut hormones that affect several factors, including hunger, satiety, and blood sugar control. 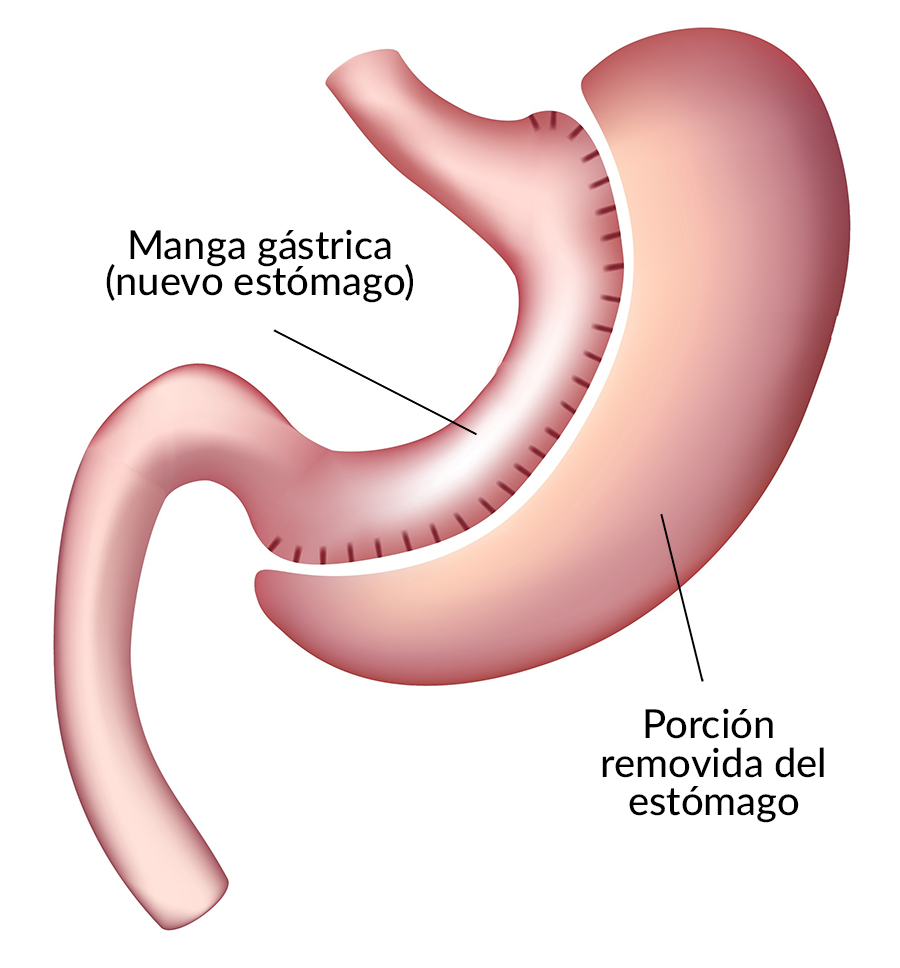 Restricts the amount of food the stomach can hold

It involves a relatively short hospital stay of approximately 2 days